Whose Medicine are You Taking?
The Dangers of Taking Scripture Out of Context.

Two men go to see the doctor. The first is suffering from advanced cancer and needs a life-saving intervention. The second is completely healthy and is going for a routine check-up. The doctor is a perfect physician and prescribes the appropriate medication in each case.

However, the pharmacist bungles the prescriptions and gives each man the other’s medicine. The man with cancer is given multivitamins and told to exercise daily while the healthy man is given an extensive course of chemotherapy. Unsurprisingly, the sick man dies from taking the wrong pills while the healthy man suffers unnecessarily.

In this parable the perfect physician represents Jesus. Jesus understands every single person and always prescribes the perfect medicine.

For the self-righteous sinner that medicine might be a judicious application of the law. The Bible tells us that the law is good if used properly (1 Tim 1:8). Its purpose is to break our pride, silence our self-righteousness and reveal our need for a Divine Savior. Ultimately the law is meant to lead us to Jesus (Gal 3:24) that we may receive the gift of his righteousness (Rms 5:17).

But the law is of no use to the saint who has already been set free from the cancer of sin. The observance of regulations, which has an appearance of wisdom, will enslave the free and do nothing to promote godly living (Gal 5:1, Col 2:23). The best medicine for saints is a healthy dose of God’s grace supplemented with the daily exercise of faith in the One who is able to keep us from falling (Jud 1:24).

In the parable the confused pharmacist represents the preacher who mistakenly dispenses grace to sinners and law to saints. The result is that both will be made worse off. The sinner will wrongly believe that all is well even as death and hell reach out for him. The saint will wrongly believe that eternity hinges on his ability to deliver a righteous performance for Jesus. Instead of walking in the freedom that Christ brings, he will come under guilt and condemnation as he strives, and fails, to live at Christ’s level. He will be miserable and his hair will fall out from stress.

The Bible can be considered a repository of life-saving medicine. The entire Bible is useful for training in righteousness (2 Tim 3:16). But confused preachers sometimes prescribe the wrong medicine. With the best of intentions they may do more harm than good.

Let me give you an example from the three chapters of 2nd Peter.

In chapter 1 Peter discusses the forgiveness, grace and power that comes from God.

In chapter 2 Peter warns the church about the false prophets and false teachers who are “among you” (v.1). What do these guys look like? How do we recognize them? Peter says they are those who follow the way of Balaam (v.15), are “slaves of depravity” (v.19), and who know about Jesus but “never stop sinning” (v.14). In short they are sinners who know about the things of God (like Balaam did), who are acquainted with the “way of righteousness,” but they’ve turned their backs on it (v.21) and so remain under condemnation (v.3). Peter clearly distinguishes these “unrighteous” men from the “godly men that God rescues from trials” (v.9).

In chapter 3 Peter turns his attention back to the saints four times referring to them as his “dear friends.” If chapter 2 is full of fury at the ungodly infiltrating positions of leadership within the church, chapter 3 contains fatherly exhortations for the saints.

So where’s the danger?

Problems arise when the medicine-dispensers (preachers, teachers, bloggers) confuse the “dear friends” of chapter 3 with the “slaves of depravity” of chapter 2. Harsh, condemning words meant for wicked men are spoken over those whom Christ calls righteous. Instead of being warned about the dangers of listening to false teachers and prophets, saints are treated as if they were somehow false themselves.

Inevitably the misguided pharmacist concludes with an appeal for greater human effort thus insulting the grace of God and denying the finished work of the cross. Instead of finishing with praise and thanksgiving for Jesus who has qualified them, Christians are likely to leave  feeling worse than when they came in.

Like Peter, Jude similarly draws a line between “godless men” and his “dear friends” who are loved and kept by Jesus. It’s important to note that both types of people are found inside the church. Jude says of these godless men who deny Jesus Christ as Lord that they have “slipped in among you” (v.4).

Again, in the hands of a confused preacher, Jude’s warning to the saints can be twisted into a doctrine of human effort. The punch-line might contain Jude’s words but not his meaning: “Contend for the faith, keep yourself in the love of God, lest you end up like them.”

But Jude’s message is “woe to them” (v.11), not “woe to you.” Jude’s medicine of rebuke is specifically for the godless who remain under condemnation, not the saint who is made righteous by Jesus.

The punch-line of Jude’s letter is one of the clearest assurances a Christian can have that they are justified, sanctified and kept by Jesus:

To him who is able to keep you from falling and to present you before his glorious presence without fault and with great joy — to the only God our Savior be glory, majesty, power and authority, through Jesus Christ our Lord, before all ages, now and forevermore! Amen. (v:24-25) 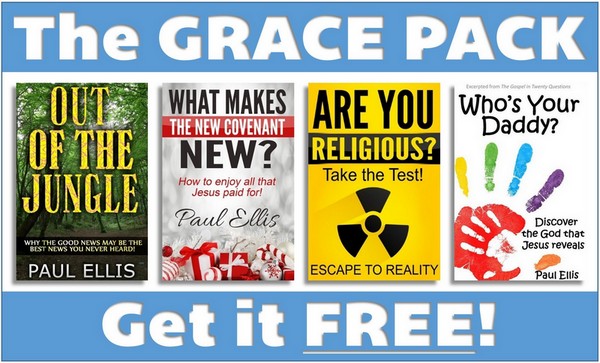 And if you’d like to see these messages of love and hope go further, support us via our Patreon page.

If you died today, are you absolutely certain that you would go to heaven? You can be! Click here and TRUST JESUS NOW

6 Ways to Incorporate Essential Oils in Your Home

The Keys That Unlock Healing

#repost from @officialdivinea Free will | God Can

Especially If you have at least one person genuine