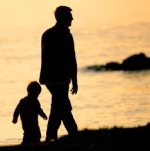 Walking after the old ways of the flesh is abnormal for a believer. It’s like a butterfly who thinks and acts as though he was still a caterpillar. But what does it mean to walk after the spirit? Are there any examples of this in the Bible? There are plenty. Pick just about anything Jesus did and you will see a man filled with the Spirit who consistently walked according to the Spirit. Jesus is our best model of a life lived in step with the Spirit.

But Jesus was not the only one who walked in the spirit. I suspect this way of life was normal for many New Testament believers. However, in my list of 12 examples below, I have taken care to pick stories where the Bible clearly indicates that an individual was walking in the spirit. What do we take away from such a list? It gives us a picture of how life is meant to be for a Christian. It defines what is “normal” and thus exposes the utter poverty of a life lived according to the flesh. As you review this list, tell yourself:  “This is describing the abundant life that Jesus promised to me in John 10:10. This is a picture of the kind of life I wish to live.” Let’s see what that sort of life looks like:

1. Simeon has a date with destiny. For hundreds of years the prophets had been straining to see the promised Messiah. Then Simeon, “moved by the Holy Spirit,” goes to the temple courts and sees what all the others missed. Talk about all your Christmasses coming at once! Those who are led by the Spirit are always at the right place at the right time.

2. Jesus lives free. Like the wind, no one could tell where He came from or where He was going (Jn 3:8). He shunned labels, refused to be controlled, and ate with whomever He pleased. Friends and family tried to manage Him. Politicians and religious leaders tried to control Him. Even Satan tried to tempt Him. But Jesus had no needs that weren’t fully met in His Father. He was not distracted by success nor apparent failure. He could sleep through storms. Jesus was perfectly secure in His Sonship and completely free.

3. Jesus turns water into wine (Jn 2). Initially Jesus didn’t think His time had come but the Spirit had other ideas. The kingdom of heaven is a party (Mt 22:2) and those who are led by the Spirit are the life of the party wherever they go!

4. Jesus heals all the sick (Mt 12:15, 14:36). In his flesh Jesus could not heal a headache any more than you could. Walking in the spirit you can heal the sick, just as Jesus did.

5. Jesus delivers all who are oppressed by the devil (Acts 10:38). He drove out demons with a word (Mt 8:16). No spooky exorcisms, no prayer and fasting – just a word of irresistible authority backed up by the Most Powerful Being in the Universe: the Holy Spirit.

6. Jesus teaches with authority (Mt 7:29). In contrast with those who minister condemnation by teaching dead religion, those who are led by the spirit speak words of eternal life (Jn 6:68). In contrast with those who preach paralyzing homilies of uncertainty, those led by the spirit declare truth with unshakeable conviction, just like Jesus. Jesus didn’t try to grow His ministry and He didn’t run after crowds. Crowds ran after Him.

7. Peter and John declare the gospel boldly in the face of persecution (Acts 4:8). The Spirit emboldens “unschooled and ordinary” men.

8. Stephen refutes the legalistic arguments of religious trouble-makers (Acts 6:10). So did Jesus, Paul, Peter, James and John. So will you. Those who serve in the newness of the spirit will encounter opposition from those who persist in the oldness of the letter. There will be arguments and you could die (see Jesus, Paul, Peter, Stephen, et al.). But no weapon formed against you will prosper and you will refute every judgmental and critical tongue that rises in opposition to the message of Christ and His finished work.

9. Barnabas reaches out to Paul. None of the apostles trusted the man once known as Saul. They regarded him from a worldly point of view and were afraid of him. “But Barnabas took him and brought him to the apostles” (Acts 9:27). Barnabas saw what no one else saw and through one act of encouragement helped change the course of history.

10. Paul writes down the doctrines of a new covenant. Jesus revealed the grace of God to an orphaned world and Paul wrote it all down so we wouldn’t forget it. With “words taught by the Spirit” Paul preached a message that went against everything he had learned in Pharisee school (1 Co 2:13). Paul had been trained in the old ways of the written code but began to serve in the new way of the spirit (Rm 7:6). In the natural he was unqualified – his own training he now counted as dung. But he said that those of us who minister in the new covenant of the spirit have a “competence that comes from God” (2 Co 3:6).

11. Paul goes to Macedonia instead of Bithynia (Acts 16:7). As a result, the Philippians got the gospel and we got the most joy-filled letter in the Bible. Led by the spirit Paul also went to Jerusalem in spite of the hardships that he knew awaited him (Acts 20:22-3). Those who live in the spirit walk fearlessly into the toughest, most hostile places on earth. No place is out of bounds. No place is given over to the devil. It’s all God’s Country and as His kids we own this world (Rm 4:13).

12. Paul finishes the race in style (see 2 Tim 4:6-8). Paul said his fleshly life was “worth nothing” in comparison to finishing the race and completing his God-given task (Acts 20:24). His mind was so fixed on things above that he was torn between here and there. “To live is Christ, to die is gain” (Php 1:21). While serving time on death row, Paul knew that the end of his fleshly existence was near. We know what was going through his mind because he wrote one final letter. In his second letter to Timothy, Paul penned words that have since been etched on countless headstones:

I have fought the good fight, I have finished the race, I have kept the faith. Now there is in store for me the crown of righteousness, which the Lord, the righteous Judge, will award to me on that day. (2 Tim 4:7-8a)

In the last line of his last letter, this spirit-conscious man reminds us of the secret of living well:

And if you’d like to see these messages of love and hope go further, support us via our Patreon page.

If you died today, are you absolutely certain that you would go to heaven? You can be! Click here and TRUST JESUS NOW

Significance of number 7 in John’s Gospel

The Works of Super-abounding Grace!

What did the High Priest See?

Your FREE orders has been received & ready for del

HER Vol.2 – By Pierre Alex Jeanty

HER – By Pierre Alex Jeanty